Online Expert and Website Wiz Matt Raad shares a story of how one of his mentors sold TWO businesses for 8-figures… and how you can apply the power of outsourcing and team to leverage your way to success.

And today what I want to share with you is a story from one of our own mentors in business from many, many years ago. It’s from the bricks and mortar world…

Liz and I became really good friends with a very high net worth individual who used to buy and sell businesses and set them up. And his specialty was building businesses remotely and getting massive leverage with them, so he wasn’t even there every day, and then selling them off for eight figures and he did it twice for a very significant eight-figure sums and sold them to big, big corporate companies.

So what’s the leverage point that he would do there? And I think there’s a really great lesson. Now, he was doing this with obviously big businesses, okay, and then selling them out to big businesses. But we can apply this to even small businesses and we can apply it to what we do online as well. And his actual secret was A, he had to find a business that was going to be a winner and build it up. But what he would do is to get himself out of it, he would bring in someone else to manage it. Now I know it sounds really obvious and really simple but imagine doing that at that level where you’re selling this thing in tens of millions of dollars. And literally, one of his most successful one was he’s done this numerous times but his really two big successes, they were done interstate. So he lived in New South Wales and one of them was in Perth, headquartered in Perth and that’s where most of the business was, it was all in the state of Western Australia.

So the strategy was, he would normally pick a younger guy, like a young guy to come in and manage the business, and he’d see how he’d go for a year and then he would offer him equity in the business, and that’s basically the leverage point, guys. And you may have heard of this, this idea of offering equity in your business. What that means is you give away part ownership of your business to someone who’s running it, say to a key manager. And as they prove themselves, you’d give them more every single year. And what he would do was really clever. He would say to them, look, I’ll give you a performance. So in the first year or after you’ve proven yourself, I’ll give you 5 percent of this company, okay, for free. So that would incentivise them to stay in the business.

Then in the next year, he would wave them a carrot. He’d say look, if you reach X amount of sales, I’ll give you another 2.5 percent or another 5 percent, whatever it is. Depends on the business and the style of business and your margins and things like that.

And so it’s a really strong incentive for those young guys to really do well with those businesses. Now, I always remember him saying to Liz and I, he goes, “You know what, Matt, I’ve done this twice now and each time I’ve made those guys multimillionaires.” So it’s been a really nice outcome for them, really nice outcome for me. So it’s a win-win situation.

And what he would do is quite clever. He wouldn’t make it unrealistic. He said to Liz and I, “Look, here’s my strong suggestion to you. If you’re going to do this strategy, make sure you are setting realistic goals. Okay? So at the beginning of the year, they go, “You know what? I can actually achieve that.” So it’s not a massive, massive stretch but obviously it’s a stretch. It’s got to be worthwhile and we need to be, and then you give them the mission. You paint the picture, the vision is “Hey guys, we’re going to build this business, we are going to sell this thing in 5 years’ time.” This was bricks and mortar business, so this took him 10 years each time. Okay? Or around between 7 to 10 years. So online, we can obviously do it a hell of a lot quicker. 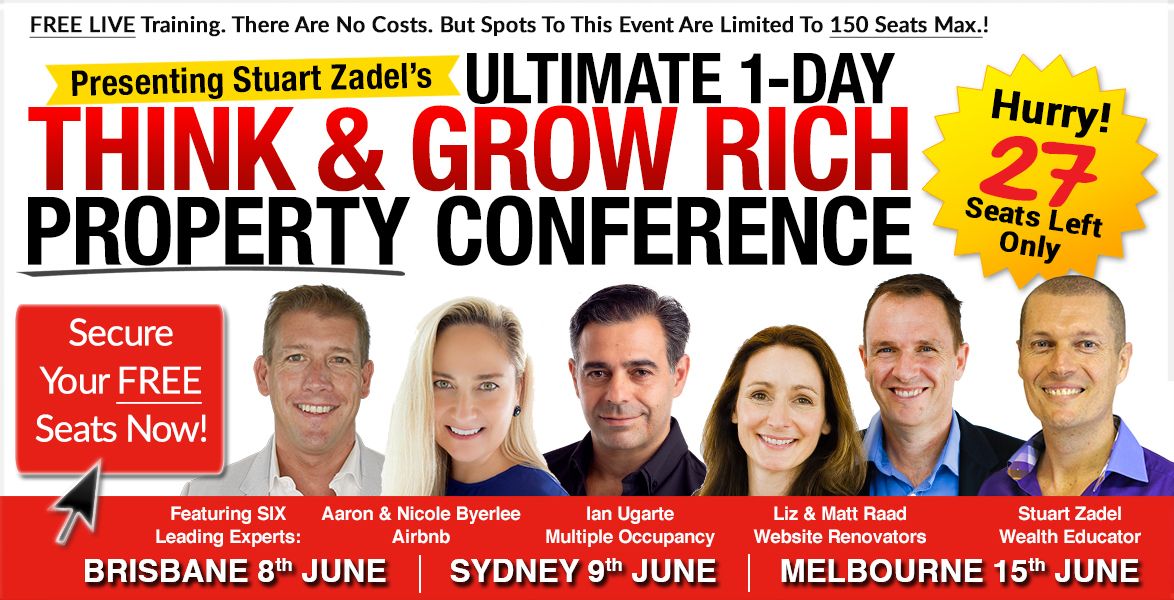 Now you’ll see this happening a lot in Silicon Valley and stuff where people, even Google, think about Google. They give away equity to their employees. Okay? It’s a strong incentive to stay there and drive the business. Now any one of us can do this and you can do it at any level and you can do it for all sorts of reasons. So you can give it to top sales staff as well. You can give them ownership in the company so they stay there. So everyone’s behind this. So it worked really well with big businesses.

But what I want to suggest to you today is hey, maybe for some of you, you can do this with small businesses or with websites that you’re owning and stuff like that. You can give part ownership in your website businesses and you can then step back hands-free. So for Paul, he literally was totally hands-free. So it took time. He had to be involved obviously in the early days, helped to manage it, build it up and get it going. But over the years, he just stepped back more and more and more from the business, gave more and more equity to the manager who became in the end part owner and then they sell it out for 8 figures, everyone makes a stack of money. He’s in a totally different state and obviously he’s looking at the sales reports and the figures and stuff. But he’s not there running it every day. What’s he doing? He’s off doing like Liz and I, buying and selling other businesses. That’s how Liz and I got to know him really well and become a really good friend with him because we’d all go off together and look at businesses and stuff. It’s always manufacturing businesses, just in case you’re interested. These were manufacturing businesses that is about 10-15 years ago when manufacturing was really good here in Australia in very specific niches. And that was his specialty. So with Liz and I, we were spotters for him. We’d go out there and help him find these really good manufacturing businesses that he could put in really good managers over time and they take it over and then sells it and everyone wins.

So these days, you might want to think about that strategy for website businesses. Liz and I do that quietly in the background. It works really well and really good, I just love that strategy and it’s a really nice way to leverage up your time once you get a winning business. So there you go. Matt’s hot tip for the day. See you!